Nigerian superstar , Davido has caused a traffic in social media after a video of him angrily and unprofessionaly reacting to an alleged denial of entry of one crew members into Bloom Bar .

According to our hard working team members at the scene, Davido was reportedly allowed entry into the place, but then one crew member of his was denied access because they suspected he was having unwanted tool in his possession.

As to what led to the denial of the crew member, some eye witness can ascertain as listed above, but then in the viral video, Davido could be heard making some assertions while some party attendees were heard shouting his name “DAVIDO”!!!!.

According to our head of grounds monitoring Davido argued that “I can buy this place 10 times” as he was on the voyage to leaving the premises.

Bloom Bar is known for maintaining a certain standard and their security detail at the said venue are known for strictly enforcing the rules as required of the safety to their clients visiting the pub. 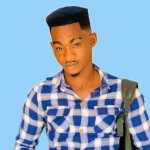 HOW TO CHECK YOUR BASIC EDUCATION CERTIFICATE EXAMINATION FOR SCHOOL CANDIDATES, 2020

End SARS: I was a victim of Nigerian Police brutality – Joeboy