development in his district and its environs.

Mr. Amarh Ashitey in an interview lamented how Kpone katamanso district at OYIBI has been neglected in development.

He stated that the community has No Water, Bad roads, No good schools, Public hospitals, Market, Play ground for kids and not even fuel station.

He said, they are looking at welcoming investors who are willing to come in to help develop the area as well as the government or any political party. In return himself & his community are more then ready to support them.

These concerns are to the assemblies and any other persons who are willing to support.

Asked if he’s will to join any political party to stand for any position in future to support his community,

ALSO READ : Actress, Salma Mumin, says a every woman is a prostitute

“Yes! I am prepared to work with any party that I see has an interest in the Oyibi district, I’m open for
discussion with any one of them as i prepare myself for the task ahead in due time i will make my intentions known. 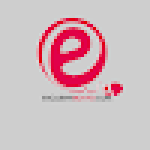 Don’t Let Life Strangle You; Be Poised For It By Stacy Amewoyi

Being Toxic Is Dangerous By Stacy Amewoyi

Music jtwarriortheawesomeblogger - October 26, 2020
0
The most anticipated single of the year 2020 – “CALM DOWN” by O'mac, Finally out and on all digital platforms And also with an...

Gospel jtwarriortheawesomeblogger - October 24, 2020
0
Adebisi Faulkner popularly Known as Oluwalonimi, she is from Ogun state, she stepped out with her first inspirational single title “THANK YOU LORD” OLUWA E SE, Under Gratified...