Kumawood movie producer called Samuel Degraft Yeboah has surprised social media users in an Instagram post that YOLO star Fella Makafui and her manager are wanted by the Ghana Police.

According to Samuel Yeboah, he has reported Fella Makafui and her manager, Richmond Amofa Sarpong who happens to be the CEO of Ghana Tertiary Awards to the Odorkor District Police and Gbawe Police for robbing, attacking and defaming his company before the premiere of his movie.

It would be recalled that, the curvy entrepreneur has said the movie is a total scam, adding that it is a deliberate attempt to ride on her back without her approval.

However, “Kakalika Love” is a song released by Fella’s rival Sister Deborah after she was dumped by Medikal some few weeks ago.

“Cockroaches or lizards to be hiding your relationship,” was one of the subtle jabs in the song.

This led to a verbal fracas between the two, with threats and name calling being exchanged freely.

The case landed at the police station with Samuel claiming anyone with information about the whereabouts of the two should report them to the nearest police station for a handsome reward.

Samuel wrote; “These two suspects are needed by odokor district Police head quarters and Gbawe police station as suspects for attacking, robbing and defaming successgradedfilms , a movie production house before the premiere of kakalikalove movie at the National theatre last Tuesday, the general public is informed about they being on the run since Tuesday, and also deliberately switched off their phones the whole of today, anybody who can provide the where about of Fella precious makafui and Richmond Amofa sarpong, will be rewarded one thousand Ghana cedis,1000gh, any individual hosting them or doing business with them is doing it at his/her own risk.kindly call these numbers if you know the where about of these two suspects, 0249644239 or 0261204390″. 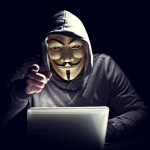 Music jtwarriortheawesomeblogger - August 14, 2020
0
Temi .A. Amuta popularly known as Temiladejesu is a Lagos based multi-talented singer and songwriter. She is here with her first debut single titled...

August 14, 2020
Advertisements
We use cookies to ensure that we give you the best experience on our website. If you continue to use this site we will assume that you are happy with it.Ok