Former National Democratic Congress (NDC) government appointee, Victoria Lakshmi Hammah, is convinced gender roles ascribed to women in the Bible may be fueling discrimination and has put forth a concept in Hindu which she believes can cure the problem.

The former Deputy Communications Minister, and now Executive Director of Progressive Organisation for Women’s Advancement (POWA), believes the Hindu concept of Karma can be applied to stop the abuse of women, for instance.

“[Gender] roles are human institutions. They are roles that the evolution of man, through society, [has established],” she said on current affairs programme, Good Evening Ghana on Metro TV, Thursday.

As the world marked the International Women’s Day (IWD) on Thursday, the spotlight fell on culturally accepted gender roles that some believe limit women’s progress and fuel inequality.

In Ghana culturally-backed female roles such as cooking, washing and other domestic duties have come under attack as some feminist groups advocate for a paradigm shift.

During Thursday evening’s discussion on women’s role in society on Good Evening Ghana, Victoria Hammer fought four other panellists on the show who sought to advance Christianity’s dictates for women to remain submissive to their husbands.

Rev Stephen Wengam of the Cedar Mountain Chapel set the discussion rolling with a Biblical verse that assigned men as the head of the home.

“In God’s hierarchy, the man is the head of the home,” he said but acknowledged the importance of empowering women in society.

This view resonated with two other panellists on the show: Rhoda Ayana, a policy analyst and a member of the Convention People’s Party (CPP) and Justina Laign, Director of Corporate Banking at CAL Bank.

Rhoda Ayana said, “culturally the woman is supposed to be submissive towards her husband and because of that, these days, people think that is too much; it’s like enslaving somebody, but that is not the issue.”

However, prominent lawyer, Ace Ankomah, stated that although the Bible demands that women remain submissive at home, there is an even greater responsibility assigned men.

Men, he said, were also expected to love their wives as Jesus Christ loved the Church and gave His life for it.

Unsatisfied, Victoria Hammah stressed that it was inappropriate to use the Bible as the general standard for the narrative on gender roles, and then began to put forth what her religion, Hinduism, says about gender roles.

“…if you are married to a woman or you are married to a man and your actions or inactions causes pain, causes discomfort you would have to have the opportunity to go through the School of Life, reincarnated to another form to experience that…so when you look at it from a Hindu perspective, there is no fixed role.

Watch the full programme below. 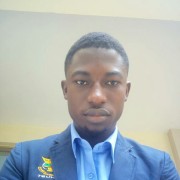 Comparison Between What Was Written About Akans and That Of Ewes In The New Textbooks Hit Online, Cause Uproar As It Showed Clearly -[SEE THE COMPARISON]